Home > Around The World Fares > Circle Pacific Fares One World 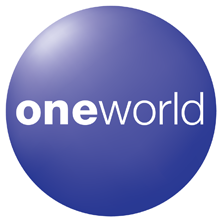 On July 1st, 2008 the One World Alliance instituted the greatest single price increase for Circle Pacific travel since the advent of this program from North America. Overnight, pricing increase by as much as 41% for U.S. departures. As an example, the 22,000 mile fare prior to July 1, 2008 was $5,500. The pricing was changed to $9,300 in 2008 and remains $9,300 in 2011. For frequent international travelers to Australia/New Zealand there are still opportunities to utilize the Circle Pacific fare and obtain the pre July 1st, 2008 pricing by originating the trip in a third country. Fares for departures from several Asian countries have not been raised and are not expected to rise as dramatically for the near future.

One possible strategy would be to purchase a one way ticket between San Francisco and Hong Kong at the Passport Premiere fare of $2,600 + taxes. From Hong Kong, you would then start a Circle Pacific ticket originated in Hong Kong taking you to Australia, back to the U.S, and with a flight coupon back to Hong Kong for your next trip. As of 2011, this prices less than $6,000 + taxes. The combined fare for both the one way to Hong Kong and the Hong Kong originated Circle Pacific is less than the U.S. originated fare. The additional benefit is upon returning to North America you would have a flight sector already paid for your next trip to Hong Kong, and are set up to continue to purchase Circle Pacific trips at the lower priced Hong Kong fare. With just three trips a year, thousands in savings can be yielded with this strategy.

The Circle Pacific fare program is a great way to visit both Asia and Australia, while reducing Business and First Class fares by as much as 50% off published tariffs. This program is offered using One World carriers, which feature luxurious premium class products in the sky. The rules and qualification procedures are similar to those associated with Around the World fares but are limited to travel between North America, Asia, and Australia/New Zealand. For example, a traveler only needing to visit Sydney and Hong Kong will find greater advantages with the Circle Pacific fare, as it is both less expensive and more direct. The Circle Pacific Fare allows for a return via the Pacific Ocean rather than having to return via Europe. Pricing: There are three different levels of Circle Pacific fares for First Class, Business, and Economy travel which vary based on the total flown mileage:

Fares shown are converted to USD and exclude taxes, surcharges, ticketing fees and may be subject to FOREX fluctuations.

Fares shown are converted to USD and exclude taxes, surcharges,ticketing fees and may be subject to FOREX fluctuations.

Fares shown are converted to USD and exclude taxes, surcharges, ticketing fees and may be subject to Forex fluctuations.

Fares shown are converted to USD and exclude taxes, surcharges, ticketing fees and may be subject to Forex fluctuations.

Travel may originate and travel through any of the following countries:

Routing - Travel must be via the North/Central Pacific in one direction and the South Pacific in the other direction. The fare charged will be based on the total number of miles flown. Itineraries that are less than 22,000 miles will be charged the 22,000 mile fare.

Travel via the Caribbean or Central America is not permitted.

Travel is not permitted to countries west of Thailand.

Stopovers- The maximum number of permitted stopovers is based on the mileage flown and computed as follows:

Sectors - A maximum of 16 sectors/ 2 stopovers required and 4 stopovers permitted regardless of the flown mileage. On flights where first or business class service is not offered but the passenger has purchased a business or first class Circle Pacific Fare the passenger will travel in business or economy without compensation.

Discounts - Children between the ages of 2-11 years pay 75% of the adult fare when accompanied by an adult paying the applicable adult Around the World fare.

After departure, an unlimited number of date or times changes are permitted at no cost. Changes to the routing are permitted for a $75.00 surcharge.

For cancellation of a completely unused Circle Pacific ticket, a 10% cancellation penalty will apply. Refunds of partially used Circle Pacific tickets will be calculated by computing the published fare for the flight sectors flown and subtracting this value from the fare paid. In the event that the published fare of the flight sectors flown is more than the original fare paid, the ticket will be deemed to have no refund value.

A 1stAir imposed handling fee may apply for each change to the dates or routing requested for an Around the World/Circle Pacific ticket once purchase. 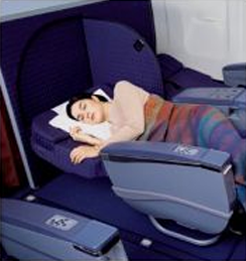 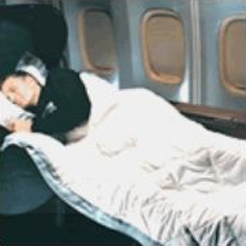 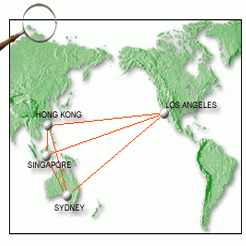